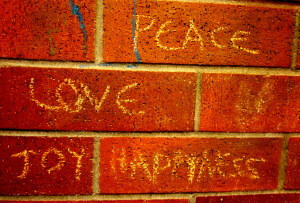 The other evening a woman gets off of the MAX at 162nd and walks the street to her work. A gang corners her and demands his money. She didn’t have any, so they beat her up and left her on the street, rifled through her purse, found out she wasn’t lying and left her there, bleeding.

A Baptist pastor whose church was down the street drove by, but he had a board meeting to go to, so he couldn’t stop. A staff person for an important local homeless ministry happened to be going by, saw the woman, wanted to stop, but he had an important donor to meet, so he kept going.

A Muslim man, dressed in a white cap was just walking by after prayer, saw the woman and immediately called 911, check her pulse, took off his cap and pressed it to the wound, speaking kind words to the woman until the ambulance arrived.

So which of the three displayed the mercy of God?

The unworthy nations of this world will be subjected to the king of mercy and power. At that point, every person in the world will be taken before the king, and they will be divided from one another: one side to his right and another to his left.

The king will look to his right and tell them, “I welcome you into my kingdom, for you are the kind of people I want to live with, that I want to fill the world with. For I was oppressed and downbeaten and starving and hopeless and avoided and you went out of your way to help me, to support me and to encourage me. Please, let me live with you forever.”

And those on his right will say, “When did we do this? Many of us aren’t Christians and others didn’t go to the right churches?” His reply: “This day is based not on who you say you are, but on what you did. You had compassion on my family, and so you had mercy on me. Please, come in and receive the world.”

The king will then turn to those on his left and say, “I cannot have you in my kingdom. You shall spend the rest of your days miserable because you will be living with people just like you. For I was homeless and oppressed and starving and suffering with my children and you laughed at me. You told your spouse that I wasn’t worthy of being helped. You were rude to me in my suffering. You ignored me when I was at my wits end. You politely told me that you couldn’t help me when the reality is you wouldn’t help me. You are the people I would never have in my world, because you tear the hurting down instead of building them up. I exile you.”

And they will reply, “But Lord, we worshiped you in our churches. We built you great buildings in your honor. We created communities in your name. We preached to thousands. We led Bible studies and prayer meetings. We got rid of those who were unholy from your people. We made the world safer through our military and police force. We loved, but in our own way. Isn’t that enough?”

He said, “Since you did not love the vulnerable, but harmed them, you are not the citizens I can have in my kingdom. See if you can live with each other. You are exiled.”