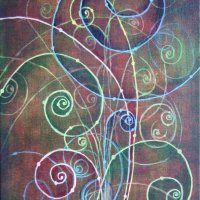 The human brain is created to be infinitely flexible. If a person loses their sight or hearing, the section of the brain dedicated to that sense is then reused for other purposes. It takes some time, but any section of the brain can be transformed to a new skill. Our brain is in a new context and then it re-forms to develop new skills to get used to the new context. While we are developing those skills, we are uncomfortable and scared, but eventually we get used to where we are and we change who we are to adapt to the new context. This is the reason why humanity is the highest functioning animal. Not just because we can change our environment, but because we do a dance with our environment, both changing and learning to change until we and our environment are adapted to each other.

A great example of this is the deaf culture of the last hundred and fifty years. They were given an opportunity to build a deaf community that helps itself, born out of Gallaudet University in Washington DC. From that community comes a new, complete language—American Sign Language—telephones, lights to answer telephones and a culture that looks and sounds—yes, sounds—different than any culture that had ever existed. Many, if not most, modern deaf people would prefer to live as a deaf person, in the adaptive deaf culture than to get their hearing back and to try to live in “normal” culture. They have taken their “disability” and made it a cultural strength, thus increasing the diversity and power of the broader culture, and importing their culture around the world.

Not every person or aspect of culture has this ability to adapt and change. Most of us have certain abilities and so we are insisted upon to fit into the normative culture as it exists. Since most people have the ability to adapt to things as they are, they do. But not everyone has that opportunity. For instance, the homeless. 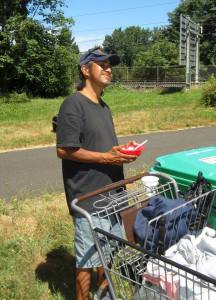 The chronic homeless are a people who have all be de-normalized. They’ve been told, individually, that they do not belong in “normal” society and that they must live apart. They are denied a social network that can support them to fit into normal society. Those who have lived on the street for a year or more have not only been without a home, but they have been denied opportunities to come back into the fold of normative culture. And so they adapt to their new environment, and they form a new culture, based on their need to survive.

They also learn that they are criminals. They learn this through police interactions, who basically treat them as criminals, or at least suspects of wrong-doing. Because they are treated like criminals, they realize that they can act like criminals because they are already suffering the consequences of criminal activity. So, clumsily, they learn some criminal activity. But they don’t really put their heart into it, because they know, in their heart, they aren’t a criminal. They are just someone who is trying to survive. They will try using and abusing drugs and alcohol because it helps them to not care about the shame and blame that they are saddled with.

But these long-term homeless folks still have the amazing brains that are adaptive. They just are using them to survive in their new environment. They aren’t useless or helpless, no matter how often people put them in that box. But since they are expected to be both useless and helpless, they learn to adapt to that environment.

But what if that environment changed? What if they were given opportunities to help themselves? Then the homeless adapt toward that. On a church property in Gresham, a small group of homeless have a place to sleep and cook and they take care of their own environment, all on a volunteer basis. In Portland, a community builds its own homes and lives independently, with small help from their compassionate surrounding neighborhood. Perhaps homelessness isn’t easy to adapt back to be “normal”. But it can be adapted in order to be self-sustaining and in cooperation with the surrounding, normative communities.

The poorest communities in the world have escaped poverty. It happens every day, all over the world. It doesn’t happen because a large organization steps in and gives the people what they need. It is because they develop within themselves adaptive communities that help themselves.

The development organization doesn’t come with their own agenda apart from one: creating a community that creates their own solutions and implements them. They don’t have an idea of how the community should live, or what the solutions are, or how to create a better community. They just provide the impetus and opportunity to create a greater level of sustenance.

This can work for the homeless. It has been done through Right to Dream Too, and other sustainable communities. It cannot be done without struggle and without sacrifice, because our society has determined that the chronic homeless are blameworthy, helpless and useless. But the homeless themselves can change those false expectations, if they but given empowerment and encouragement. The homeless have already proven that they are adaptive and community-oriented. They just need to be given the opportunity to make their own changes, to be given the opportunity of location and some seed money, to make their own changes.

As long as society is telling the chronic homeless who they are and how they should survive, the homeless will never make steps forward, for society is big on creating demands, but not opportunities. The homeless need to be given the location, time and resources to make their own changes. We will not see homelessness end, but we will see it transformed into a creative, adaptive culture that is still separate from but fits within normative culture.