(as expressed by Hebrew Prophets) 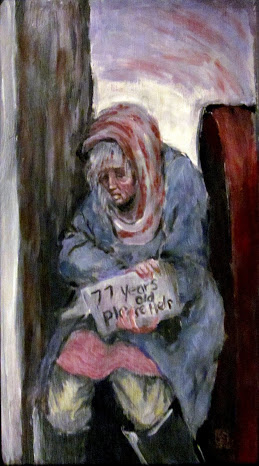 Unjust judgments against the poor (Isaiah 10:1-2)

Like reducing welfare to those who really need it.

Like incarcerating a quarter of the population of African American males.

Like sending drones out to destroy whole families, or destroying a city for their government’s actions.

Excessive rent against the poor (Amos 5:11)

Like kicking a poor family out of their apartment because they are late with their rent.

Like getting paid overtime for doing “extra police work” by evicting the homeless.

Turning away those who need shelter for a night (Amos 5:12)

I guess if Amos or Isaiah came today, they’d be pretty busy.