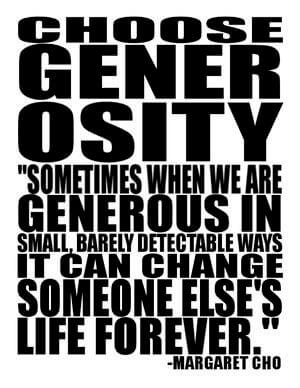 Take care of the company you keep. The mad woman might very well turn you to God.

“As a shopkeeper in Saumur, France, Joan Delanou was a notorious miser. She hoarded every cent she earned, angrily drove beggars from her door and caused scandal by keeping shop open on Sundays and feast days. Into this self-enclosed life, however, the influence of grace effected an extraordinary conversion.

It began when Joan provided lodging to a strange old woman, a widow names Frances Souchet, who spent her time traveling the countryside and visiting holy shrines. Her shabby appearance and her habit of muttering to herself led many to believe that she was a bit mad. Souchet told Joan that she was sent from God. Nevertheless, she paid for her room, and that was enough reason for Joan to tolerate her company.

As time passed the presence of the old woman worked a strange influence on her landlord. Joan no longer found pleasure in counting her savings. She ceased to keep her shop open on Sunday, and instead she began to accompany her lodger to weekly Mass. Meanwhile Madame Souchet continued her strange pronouncements: “He says this…” “He says that…” It gradually dawned on Joan that this woman was a messenger from God sent to bear a warning and a challenge: “I was hungry and you did not feed me; thirsty and you did not give me drink; I was a stranger and you offered me no shelter….” At once she decided to amend her life.

She began by taking in a homeless family with six children. Others gradually found their way to her door. Her home became known as Providence House. Madame Souchet remained a welcome guest, continuing to provide her spiritual counsel. When Joan worried about how to support her groaning household, the old woman offered assurance: “The king of France won’t give you his purse; but the King of Kings will always keep his open for you.”