“By faith, we understand that the worlds were prepared by the word of God: that which does not appear becomes that which is seen.”

In all things we must begin with God, because without God there is nothing.

That which is without God is the weakest of all creatures, for they do not exist.

All was made by the hands of God, or by the mechanism that God had put into place. In the beginning of all things, God created, and there was something. Before that was nothing but God, and of God’s origin we know nothing. For oh so very long, God and nothing were very close until there was something, and that was of God’s own doing. The only thing not created by God is nothing, and that is nothing to speak of.

God is the greatest inventor, for his is not only the first invention, but from his invention all creations were made.

God is not always the mover. One of the greatest mysteries is the way of the man with the maid, but should the man and maid not initially be planned in the mind of God, such ways would not be. We move, we breathe, we have our being, only because God willed it and wills it still.

This is not to say that we cannot move without God. God initiated us, but He does not take credit for our everyday actions. We may eat a plum, but God does not take credit for the eating, although the pattern of mouths and the ripeness of the plum were both his design. We may hit our brother with a stick, and though the growth of the branch and clasping of the hand were both God’s plan, He does not proudly display his handiwork of the bloodied face. We do what we do, by the power and possessions that God granted us.

Nevertheless, any move we make toward God is His to claim.

“No man comes to me but that the Father draw him.”

Not because we are so frail and faithless that we do not seek God, or desire Him in any way. It’s simply that He’s too fast for us.

Whenever we seek God’s assistance, He has already planned it, patterned it, and probably produced it.

Politely, He may wait for our prayers and petitions, but our deliverance is already there at our fingertips, and God is anticipating our face like a parent seeing their little child open her birthday gift.

“Every good and perfect gift comes from the Father of lights.”

The best gifts in all the world we have received came from the hand of God, before we had ever thought of it. Life, love, trust, power. All had been placed in our hands, and we discover each one as if they were our idea, but we soon find that not a single one was. They were all God’s idea, granted to us by his generous nature. 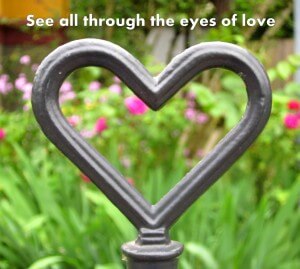 “We love because He first loved us.”

We only know how to empathize because God first empathized with us. We first learned compassion, because He gave it to us initially. We have mercy on another because it was His idea, and He loaned it to us.

But he gave us empathy, because He could feel how lonely it would be without it.

He gave us compassion, because He knew how pitiless we would be if we had no heart.

He gave us mercy, because He wanted us not only to give mercy but to receive it.

He granted us love because without love we would be worthless. Less than nothing. And the last thing God wanted was a creation that was less than nothing. Because before creation, nothing was already there. He was building up, not down.