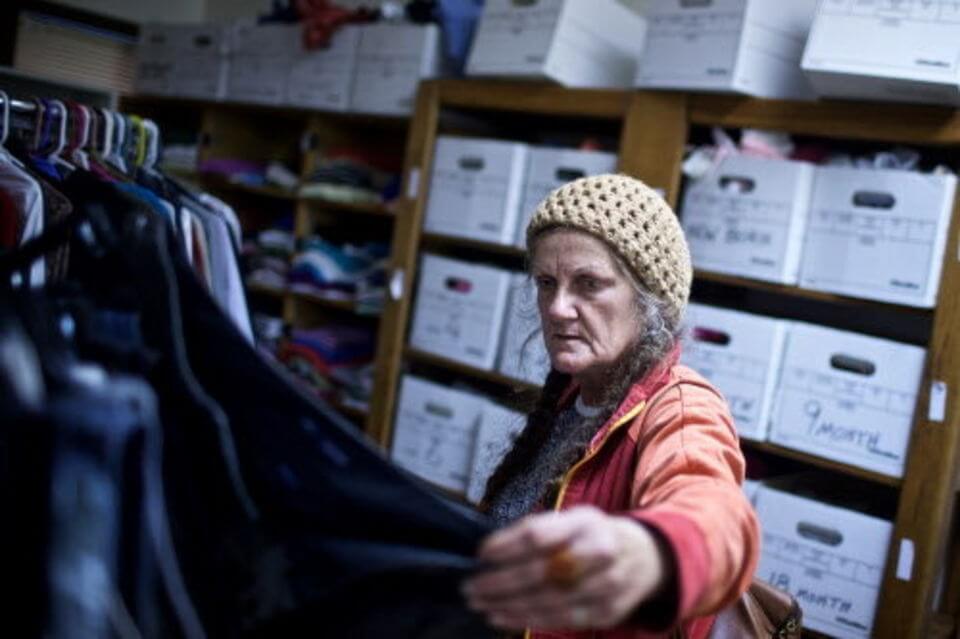 Pat is a regular at RedBarn, about my wife’s and my age, helping in various ways, both when she was homeless and now. She ran her own business that failed, and ended up living in her car. We would allow her to occasionally sleep overnight in the parking lot.

One night a group of three men came over to accost our homeless folks who were on and near our property. They woke up the few people sleeping in the next door park. They came to Pat’s car where she was sleeping, slammed their hands on the hood of the car and screamed at her, “You don’t belong here! Go away! Go away!” By the time she was able to get her keys out and get the car started, they were on all sides of the car, shaking it up and down. She was able to leave. I’m surprised she ever came back again.

Now she has her own apartment and a job. She’s not got much money, though, so she was out canning with a bag to get some dog food. A police officer saw her and asked her what she was doing, and where she was staying. She said that she was over by a certain corner. The officer replied with suspicion, “Are you staying at the Golden Knight?” (This is the cheap motel in town, where many homeless people crash if they can). She replied, “Oh, no. I have my own place in the apartment building.” Suddenly the officer’s suspicion turned to respect. “Sorry to bother you ma’am.”

It is fascinating that a homeless person can be treated like trash, but once they are housed they are respected. Perhaps we should stop looking at people’s station and treat people according to the kindness and respect they give others.