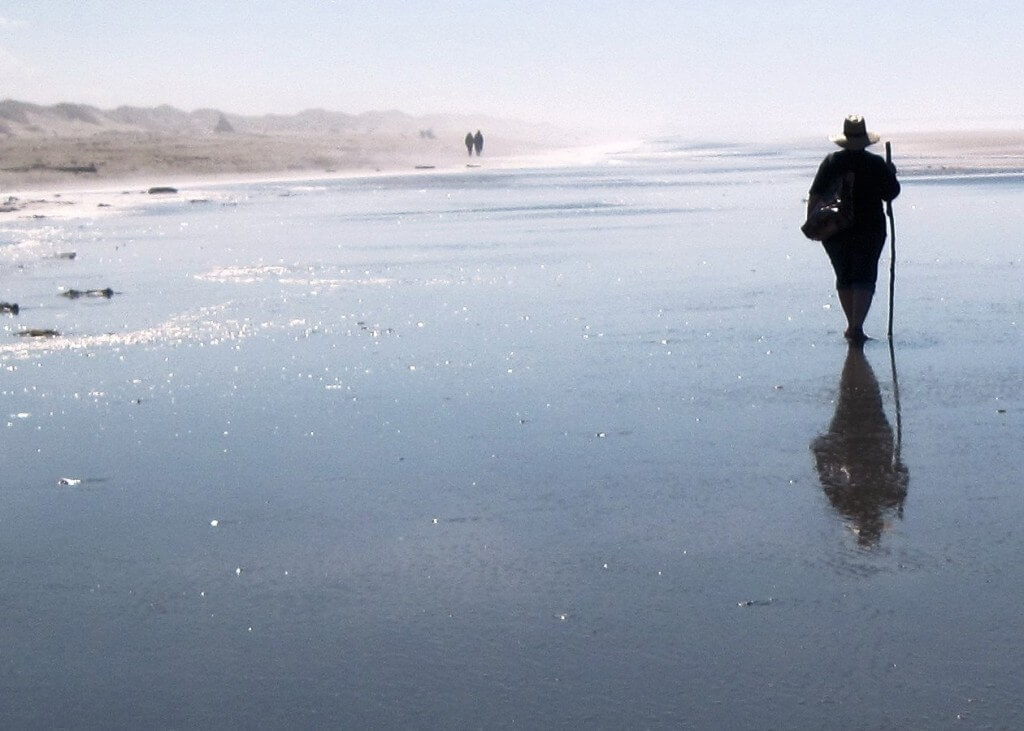 I have to admit it, I was anxious.

A small family of a young mother, father and infant– Frank, Rebecca and Kaleb– was kicked out of their housing and they had to fly a sign on the highway in order to obtain a motel room. These folks are a part of my church, and that was unacceptable to me. Yes, many folks in my church fly signs, and many sleep in motels when they can get them, but an infant? Why take such a chance? I sent them a message: “Call me, I might be able to help.”

But what I was thinking was: What are you doing? You have a baby! Why aren’t you getting me to get you whatever resources you can? Why aren’t we working on getting you housing? You can’t be on the street with a baby? You shouldn’t take chances that strangers will be compassionate! We could help you here!

They did call me and we got them a motel room for a couple days and some housing inside during the snow and ice storms in Portland. After the weather cleared up, their time with us was over and they were on their own. I was shocked to find that they had done nothing with the time they had. Well, not nothing. They helped their friends on the street, gave compassion and love to their baby and other poor folks. But they hadn’t done anything to get housing.

So they left our property and I insisted they call me and tell me what happens. They went to Adult and Family Services and they said, “We have no program to help you.” (Not true, they had helped other families with infants. Grrrr.) They went to a local church who often has motel vouchers. The church said, “We take an offering each Sunday but because of the snow we had no service and so no funds came in.” (So a church doesn’t help the poor because of the emergency weather? Grrrr.) They went to another church, and I recommended that they talk to a friend of mine. Nothing. (Grrr.)

I’m thinking: Really? Will no one help this family? Why isn’t there a system in place for them? And why didn’t they beat the pavement before, looking for help? Don’t they realize that we live in a society that won’t help anyone, any parent, unless they see them actively do all they can? Why did they take the week and a half and just help others instead of setting things up for their baby? How could they be so passive?

Then I am struck myself. Why didn’t I pray for this family? If I was so concerned about them, why I don’t I take their case to the Emperor of the Universe, who invites me into His presence to request salvation for myself and for others? After all, I am not at fault. I helped them as much as I could.

This family trusted that if they did what they could before God that He would protect them and supply for them. Funny, but I think Jesus said something about that: “Seek His kingdom and His righteousness and all these things (basic needs) will be be added to you.”

So I prayed. And instead of calling them and telling them everything they should be doing, (I had quite a list), I asked, “So what will you do now?”

They wrote back, “My sister will allow us to stay one night.”

Today I spoke to them and it looks like they’ll be able to rent an apartment from a friend they haven’t heard from for a while.

Dang, God, You are so sneaky. It’s always good to trust in that sneaky God, though.