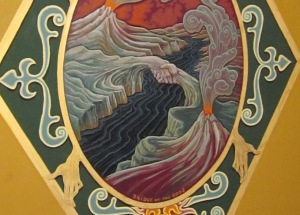 Every other year, main metropolitan areas do a “Point in Time” count of the homeless. It always occurs near the end of January, and the idea is to physically count folks on the street, so the government knows how much to spend, to find out if certain strategies are working.

A month ago, the Department of Housing and Urban Development released a report saying that homelessness has gone down 31 percent since 2007. That’s quite a decrease! Perhaps we are solving the issues!

Before we take time to celebrate, let’s look at some facts. First of all, in 2007, there was a jump in homelessness because of the mortgage crisis, so perhaps those numbers were chosen to make the decrease seem more dramatic.

These numbers also don’t count the total homeless. They only count those who are currently living without any kind of shelter. So those in transitional houses, those staying with friends, those in motels, those in temporary shelters aren’t being counted. In fact, the number of folks in shelters and transitional homes have increased. And more people have moved into permanent low income homes than ever before. So the numbers might very well reflect this.

This year’s count numbers are still to come in, so the final word isn’t out, but those of us in larger urban settings have a lot more work to do.