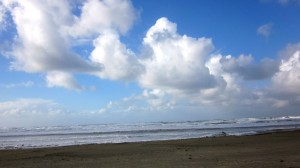 In the beginning God created the heavens and the earth.

Before this, there was nothing. Then, poof! (or Bang!) there were heavens and earth. The two basics of all life. Sky and ground. Ceiling and floor. Up and down. These are the two basics of many cosmos origin stories. Some say that life was created from the union of these two basic elements. Of all the ancient cosmos origins, only the Hebrew one declares that all that we know was created by an outside entity: God, who is both outside and greater than earth or heaven, and they are both submitted to him for He is the maker of both.

This does not mean that creation is perfect. There is still growth to be made, things to be named, enemies to subdue, difficulties to overcome and tests to either pass or fail. God’s creation is never a perfect creation. It is sufficient to grow in, it is sufficient for peace, it is sufficient for sustenance. But it can also fail, it can falter, it can become inadequate, it can potentially be destroyed. However, when everything begins, it is enough to be called “good”.

Thus, when the heavens and the earth were created, God looked at it and said, “it is good.” But at the beginning of God’s six-day creation, all was not good. 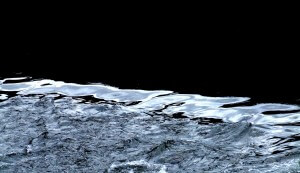 The earth was formless and void, darkness was over the face of the deep, and the breath of God was over the waters.

The earth was not as God had made it in the beginning. It was empty, vanity, chaotic, purposeless: a wasteland. It had changes drastically away from the good that God had created. He created a good heavens and a good earth, but there is the earth being the very antithesis of the peace that God had intended in creation.

We will discuss how it got this way in another episode, but for now, let us look deeper at this inversion of creation, this chaos out of order, this void out of substance, this evil out of good. First, there is darkness. Darkness is not of God, but of the enemy of God, in fact, darkness can be seen as the opposite of God. God is light, in him there is no darkness at all. But on the earth, God’s creation, is no light whatsoever. It is completely dark.

Second, the earth is full of the deep. The deep is the Sea, the Ocean, full of darkness, chaos and insanity. The deep is the enemy of earthly creation, a horror story in and of itself, in opposition to God’s creation. Even though the Sea itself is a creation of God, yet the deep pits itself against all other forms of God’s creation, leaving only destruction in its wake. No one can determine the motivations of the sea, no one can understand it. None except God travels into the deep, and only God dares to move His wind, his breath, his power over the top of it.

In the first verse God created all the cosmos in good and strength. By the second verse, all is darkness and chaos and waste and horror and monstrosity. 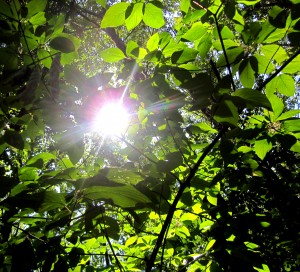 And God said, “Let there be light.” And there was light and God saw that it was good. And God separated the light from the darkness. God called the light day and the darkness night.

So God creates again. He creates something like Himself, something good, some light to be put in the darkness, some hope to be put into despair, some order put into the chaos, some mercy in the midst of hatred. God creates because it is in His nature to create. In the beginning God created out of nothing, out of emptiness. After that first creation, God’s creation only builds, re-forms, but never out of nothing again. God will never again wipe the slate completely clean. Something must be built out of something, even if that something is ruined, turned into evil.

Because evil is never purely evil. There is no such thing as pure evil. God created all things and he created them good. So evil is simply an attempt to be better than good, which is the same impulse God has. God also wants to see good improved. It is just that evil uses the means of destruction. Evil believes that weakness should be wiped away and then only the perfect will be left.

God believes that everything has its place, and that creation must be filled with weakness in order to firmly establish strength. So when God re-created, when He took back the earth from darkness and the deep, the enemies of God, he didn’t wipe darkness out. Instead, he gave darkness its proper place. To wipe out one’s enemies, that is the path of evil. God isn’t like that. Rather, he sets boundaries, and says, “Darkness, this is your place. But you can’t cross the border to this place. Stay there.”

God says to the Sea, “I am giving you a place on earth, but you may not have it all. You have a border, a limit. You stay in this place, you may not cross over.” Mind you, darkness and the Sea are forces of chaos. They will test these borders, they will attempt to cross over and wield destruction. But God always puts them back and says to them like a rebellious child, “No. This is your place. You may not cross over. Stay there.” And, like a rebellious child, they stay in their place until the next time they escape.

Our lives are God’s creation. We were started by God in the midst of this world. And quickly after our lives became chaotic, ugly, even horrific. We think we can fix it, but we find that fixing our lives is like placing darkness in a box, pushing the sea back with a bulldozer. It can’t be done. We don’t have the capacity for it.

Our only hope is to have God fix the darkness and chaos of our lives. To have Him re-create our world. But when He does that, he doesn’t get rid of the chaos or the destruction. Rather, he forms our lives so that the chaos remains in its place, it has a limit, it becomes manageable. Yes, sometimes the destruction escapes and gets out of our control. That’s when we need to call God, the Father, and ask him to put the rebellious child back in its place. The evil in our lives is still there. It is just limited. With God at our side, perhaps that is enough.