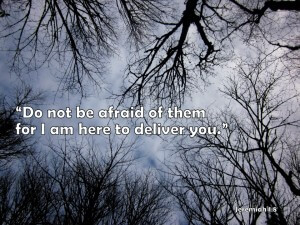 Remember in the Beatitudes when Jesus says to pray for those who speak all manner of evil to and about you for my names sake? I am here to tell you that this works. When I left Yvan today I was on the 3rd floor of the parking structure. Three young ladies of color and two young men of color came up and surrounded me near the truck.One of the girls, about 15, asked if that was my truck and I said it was. “So are you a M*****F***** Christian?” I said “I am and worse than that, I am a Pastor.” Then one of the young men stepped up and produced a large knife; one of those Klingon style Bowie knives.

“Here is what’s going to happen, he says. You are gonna give us the wallet and the keys and just maybe we will let you live.”

Now if it had just been the two I would have probably exercised my military training and at the very least killed the guy and seriously put the fear of God in the girl……however there were five and after the first had produced his weapon two others produced switch blades. So I needed a new plan and this voice said two things to me…..”Jeff. Pray.”So I put my hands together and in a firm and steady voice prayed, “My Father, who is in Heaven holy is your name, your Kingdom come your will be done in me as it is in heaven”………..then there was another voice and it was amplified and it said a word “FREEZE!!!” Then there were commands and then there was an abundance of hospital security and Portland P.D.

Then this Catholic Priest came up and asked if I was unharmed and I said I was fine. He said “I heard your prayer and thought you might need help so I called security”. I smiled and said “But I had not got to the cry for help part”, He smiled back and said “In my 14 years in the priesthood I have never heard someone invite the invocation of having the Lord’s Will done in their life as it is in heaven, so I thought your need was great.” “And you were right.”
So if you ever find yourself in a bind, even when the enemy’s armed and outnumbers you 5 to 1, the Kingdom’s ears are always working..