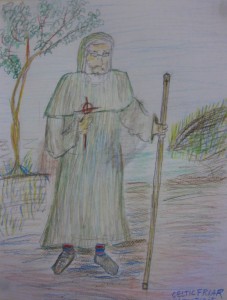 Most of us treat compassion and giving as a happenstance. It isn’t something we plan, but we can be expected to do the right thing when it comes along. It is interesting that one of the most poignant passages on the giver, Psalm 41:1-3, treats giving in a different way. “How blessed is he who considers the helpless; The LORD will deliver him in a day of trouble. The LORD will protect him and keep him alive, And he shall be called blessed upon the earth; And do not give him over to the desire of his enemies. The LORD will sustain him upon his sickbed; In his illness, You restore him to health.”

The focus of the psalm is on the blessings the giver will receive. But in describing giving, the Hebrew doesn’t speak of giving as an event, or even as a regular practice, but as a discipline. The one who is blessed isn’t the one who throws some change at a beggar, but the one who considers, meditates, spends time in mindful consideration for the benefit of the poor. In other words, this verse is speaking about the person who makes plans for giving, who considers what is the best way to do well for the poor.

Giving is not a series of onetime events, but it is an ongoing action that we can be trained to do well. It is not happenstance, but a spiritual discipline that we can develop. Maimondes, the Jewish scholar and theologian of the middle ages spoke of a development of giving charity, that one could increase in perfection of the discipline of giving by going up eight levels. (These levels can be seen here: http://www.chabad.org/library/article_cdo/aid/45907/jewish/Eight-Levels-of-Charity.htm) …

The rest of the article can be found here: https://hogansheroesfanclub.com/the-well-tempered-giver/