This a dream I had last night.

I found my self dressed in a medieval monks robe and sandals walking down this road. I was approaching what appeared to be a town. In the belt of my robe was a pouch and in the pouch were coins. Some were gold, some silver, some were copper and there wasn’t any writing on them to state their value.
I approached and Inn but they would not rent me a room. And soon I found that no place would give me lodging or would sell me a dinner. So I continued to walk. After awhile I came to a church building and went in but the Priest said I was not of their order and I would have to leave.
As I began to walk away and old man came to me and took me to this old iron gate and we passed through and wandered down this over grown path to another gate. Like the first and this opened to a another path that was like a tunnel except that the roof of the tunnel was the canopy of the trees interwoven together. This path went on for about a half of a mile and during this whole adventure the old man never uttered a word. Finally we entered into what had been many years ago a court yard. It was filled with statues of Jesus and Angels and fountains which had long since stop flowing. Across the court yard was the back side of a cement ramp and in the wall of this ramp was a small door on the other side of the door was this small room with a sloping ceiling. The old man turned and then in this very whispery voice said this is your home. Then he just turned into this sparkling form and disappeared. 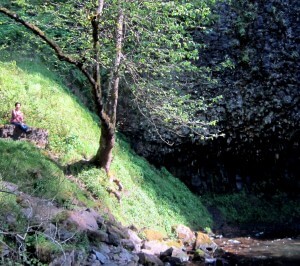 In the dream I remembered that the little home was much bigger than it appeared from the outside and it was well laden with food and goods. I spent the next several weeks restoring the the court yard and soon the fountains were singing and the statues were reflecting the holiness of court’s meditative purpose. I then discovered under the cover of a dense vine another door and that it was unlocked but that the hinges were badly rusted and so it took some persuading to get them to surrender and allow me to open the door. After much cleaning and oiling and coaxing the door stiffly opened and then surprise surprise I was standing in the sanctuary of the church whose priest had turned me out.
The sanctuary was dark except for the shaft of light from the open door and there were these dark sheets hanging over all the windows blocking all the light. It felt like a tomb. I went to this sheet to touch it and when I did it detached from the ceiling some forty feet up and fell into a pile silently and this great shaft of light shone in and there was all these glorious paintings revealed on the opposite wall. I am not sure what came over me but I just began to walk the circuit touching the sheets causing them to fall and in a few minutes or so all the sheets were down and what had appeared as a painting turned into this majestic mural that depicted the birth, life, and death, and the resurrection of Jesus the Christ with the resurrection being shown on the alter walls. 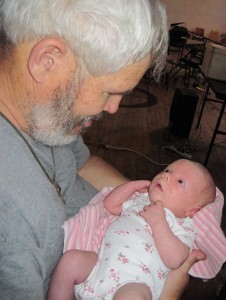 Then the doors at the end of the sanctuary burst open and the priests poured into the room screaming “What have you done?” As I turned to speak the Old man manifested himself before me. The priest froze in their tracks with looks of abject terror on their face. The old man turned to me and said,” Thank you for fixing my court yard and for getting rid of the sheets. He then turned to the priests and one by one they all turned into a huge venomous snake and then they all turned into wooden poles which he gathered up and set ablaze and watched until they were ash which he gathered into a jar and placed a lid on the jar and then disposed of the jar.
The old man then turned to me and in the turning turned into into a very young man. Well he appeared younger than me……..30s maybe….. He spoke in a very clear voice, but like the sound of rushing river, and he said that my time was near but not at hand. I think he said that because in my heart I was ready to go with him right then and there. But he said he needed me to look after things for a while and to be sure encourage those whom I met along the path that I tread. Then like before He became all sparkly (not like glitter but… oh, I cannot explain it) and disappeared and I woke up.