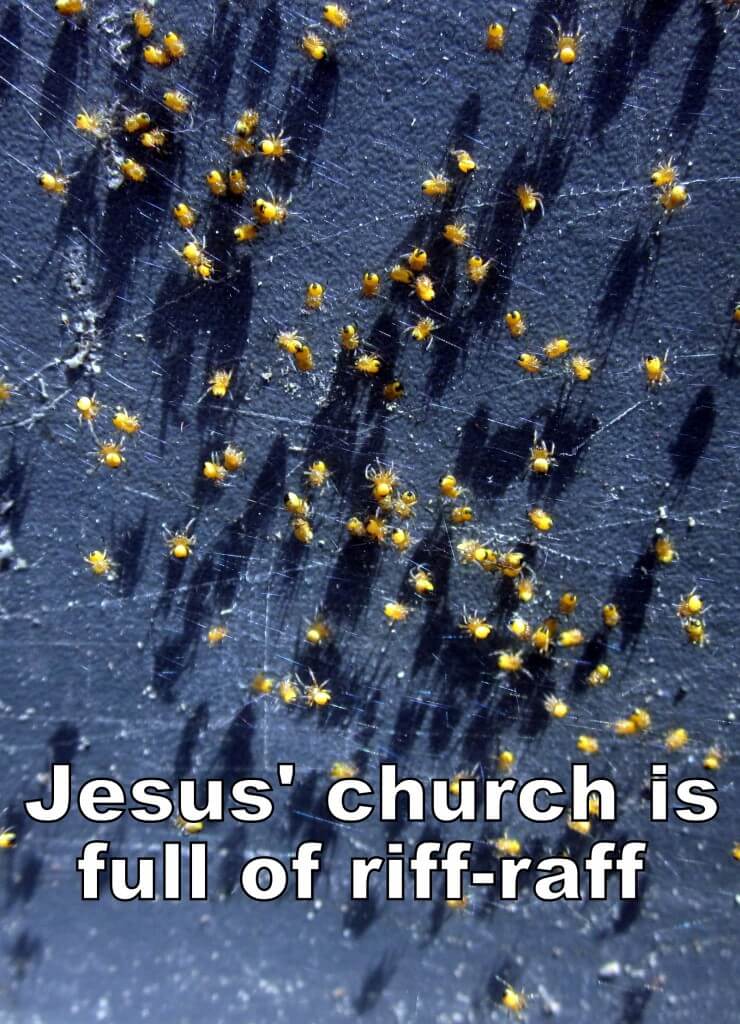 All the homosexuals and the homeless and the drug dealers and sex workers and meth addicts and convicted child pornographers came to Jesus to listen to him. And the conservative evangelicals and the Bible scholars denounced him, “He is opening the door of the church to the wicked.”

But Jesus told them this story, “Look, if you had a hundred cars and one of them was stolen, wouldn’t you forget about all the other ninety nine and just focus on the one until it was found? You’d call the police, call your neighbors and be generally freaked out—not about the ninety nine, but for the one that was lost. Then, when it is found, you would drive it home proudly and happily. And you’d call your neighbors and the police and say, ‘Praise God! My stolen car was found!” It is this very joy that God has when a single sinner repents and comes back to God, away from his sins. He loves that more than ninety nine church-goers who only ever say the right things.

“Suppose there was a woman with ten coins, worth a thousand dollars each and one of them came up missing. Wouldn’t she take out her flashlight and turn all the furniture upside down until it was found? Then, once it’s found then she calls up her neighbors and say, ‘Yeah, I had lost this expensive coin, but praise God, now I’ve found it.’ Even so does God rejoice over one sinner who turns back to God away from his sin.”