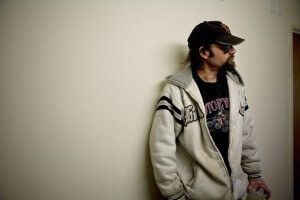 Sunday night I dropped off my wife at a hotel that OSHU uses for sleep testing. As I was driving back I spotted a biker gang member riding his Hog of shimmering Black Silver Chrome. His lady perched upon her seat behind him, they were stopped at a traffic light. I was able to get within a half a car length from them and when the young lady leaned back I could see his colors. He was a Gypsy Joker.

About 35 years ago Yvan and I were buying a house on North Webster about a 1/2 block from Interstate Ave a block north of Alberta. Back then, Interstate was four lanes and was a fairly tough neighborhood. And just south of Alberta there was this old beat up house whose front yard were filled with stunted weeds and a beer can or two and broken glass from a thrown bottle of cheap whiskey. But come late Friday night one would hear the roar of Hogs stretched out westward as they came off I-5 and headed west down Alberta, and that house would be filled with Gypsy Jokers some 30 to 50 strong.

Now Portland’s police had no love for the Jokers and when they went to rattle their cage the Jokers showed up in force. On one of those occasions I happen to have been walking home and there were these two Jokers trying to load a Hog into a pick up and did not quite have enough strength between the two so I stopped and gave them a hand and we became friends. All of a sudden there were 20 police and the leader swaggers up to one of the Jokers and ask who the leader was. This guy comes out, about 6’6 muscular but skinny and the lead cop says that they can’t park their bikes in the street or on the parking strip. The ones on the lawn couldn’t hang over onto the sidewalk.

The leader of the Gypsies was just about to respond when I found myself speaking and saying to the leader of the Jokers, “Just over on Webster is my house and the driveway is pretty deep, about 50 feet and about 20 feet wide and if your guys wanted to you could park them there.”

So that day about 25 Hogs showed up on my drive way and when they left each had a track tucked neatly into the frame of their gauges. After that they called me Preacher.

Now fast forwarding to 2015. At the next light the Joker looked over to me and I gave him a nod.

Then he changed lanes and we both went into a parking lot. I got out of my truck and took off my sun glasses and he took off his.He stared hard and circled me twice and then closed his eyes and jabbing his finger into the air looks up suddenly and says, in a low whisper, “Your The Preacher.” Then, in a shout at the girl, “This is the Preacher!”

Then he recounts the story to his girl who turns out is his oldest daughter and he was taking her to work. “Wow the guys are gonna bust a gut when they hear this.” Then he gets all serious and says, You still a preacher?”

Shaking his head, he places a hand on my shoulder and says, “Well a bunch of us became Christians. We meet in a house church and study the word and try to reach out to other Jokers.”

Then the daughter reminds him that she is gonna be late for work. So after a short time of prayer and the gift of my phone number we part company.

Just goes to show that the seeds of the kingdom can germinate anywhere and anytime and that all things are possible with the Holy Spirit.