Last night I had a dream and this is the way of it: 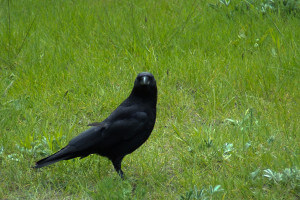 I was in the garden of the Church amending the soil when a sparrow landed to the right of me and a voice said to get on to the back of the sparrow, and as I stepped towards the sparrow I shrank until I fit perfectly on its back and it launched itself sky ward. The sparrow flew higher and higher and when it had reached its limit , a Raven appeared and I was dumped onto the back of the raven who in turn flew as high as he could go. I was then deposited onto the back of a hawk who sped upwards at a frightening speed and then with a quick barrel roll deposited me onto the back of a huge eagle. Now I must say that with each new bird I increased in size. Finally the eagle had reached his limit and he brought me to a ladder where a voice commanded me to leap on and then climb and I did. Once I was on the ladder I looked down and the ladder disappeared into a thick mist below me and I could never see more than 5 or 6 rungs upwards and the ladder was frightfully steep. So I climbed and climbed and climbed some more until I was very tired and yet there was no place to step off the ladder for a rest. So I gave voice to my need for a proper rest and a voice said climb and so I continued to climb until I could go no further. I could hardly hold on to the rungs.


So I said out loud if this is to be the way of my death so be it for I am spent, and the voice said let go.So I did. I awoke lying on a bed of colorful leaves which were soft and pliant to the touch. The bed was on a floor of living wood for I lay in the bed looking upwards into the canopy of a enormous tree. About 10 feet away was this branch in the shape of a table and upon it were two pitchers. The one on the left had a note written in a very elegant cursive hand which said this is for washing and the other had a note from the same hand which said this is your breakfast. So I had sort of a spit bath and there was this towel that was so soft and then there was a brown robe and sandals. These I donned and then poured from the other pitcher a draught into a large wooden mug.There is nothing I know of to compare the taste but the draught filled and nourished like a heavy meal of sausage and eggs and potatoes and coffee. When I had finished a man appeared and he led me back to the ladder and said when you step on hold tight. So I did as I was instructed.
Picture the speed of a roller coaster going down hill, now picture you are clinging to a ladder that is extending into the sky at the same speed. It stopped so fast that I was catapulted off the ladder and onto some ,thankfully, soft turf. The man that I had met at the beginning of the ladder ride was there to help me up and brush me off. Then he said come and we walked.His voice bothered me because it was not talking like we do it it was more musical, like a song. Also there is this, the country side and all that dwelt there were more than just living they were sentient and they had a common tongue and it was a song and each beings purpose was to share their part of the song.
We continued to walk until we came to this Castle which was surrounded by a huge moat and on the far side of the moat the Rampart was steep and moss grew and cascaded down the sides for it was more than just old it was ancient beyond reckoning. We crossed a large and long draw bridge; the walls were so high that they were lost in a mist and yet you could hear song drifting down from on high. The language of this whole realm was Song. So rich and full and deep is this song that anything we might think to be great would be more like Orc speech. We entered into a great hall and on the far end a door opened and a light entered in. I say a light for it was of such intensity I could not look upon it. The light had the air of authority and I was down on my knees and then flat on my belly trying to shield my eyes from the intensity of the light with folds of the robe sleeves.Finally the light subsided a soft and gentle song graced my ears and a firm hand lifted me up but I could still not see his face. Not that I didn’t try mind you but my eyes just could not do it.


Then he said it is not your time yet, go to sleep and I fell asleep and when I awoke I was in my bed with Twrch my big black cat stroking my beard with his claws as he often does.