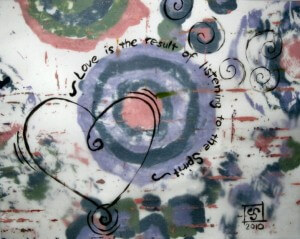 What is the church to do about homelessness?

The homeless are both the bane and pity of our society. They stand out as the lowest, the outcast, those who perpetually don’t fit in. In 2005 there were 744,000 homeless people in the United States, yet not all of these people are homeless today.

Not all of these homeless are the same. Some will only be on the streets for a night or a week or a month. These have lost jobs and fallen on hard times. For others, they have a network of supporters sufficient enough to give them a place to crash for a period of time. But for many, the hard times perpetuate over years, sometimes even decades. These are the chronic homeless and they stand out as the most obvious failure of our society.

James was living on the streets of Gresham. He was an alcoholic, a violent man and a thief. But one day, in jail, he had a vision of Jesus, praying for him, calling to him. He knew he had to change, to live differently, but he didn’t know how. He approached the pastor who ran a meal and a worship service he attended once a week, and the pastor prayed for him and gave him counsel. He cut back on his drinking and stopped stealing, but he still had difficulty making the rest of the changes he needed to make. And no one would hire him because he looked like a bum.

How are we supposed to react to the homeless?

But as believers in Jesus Christ, how are we supposed to react? Many believers think that if the homeless would just commit themselves to Jesus, then their lives would get straightened out and they could be normal participants in society. What many Christians don’t know is that at least a third of those who live on the street already have committed themselves to Jesus and are doing their best to live a Christian life. Yes, some are addicts, but not all. Many are mentally ill, but we cannot blame homelessness exclusively on mental illness, either.

How does Scripture tell us to react to these poor and outcast of society?

We are to show respect to the poor. James 2

We are to respond in love and compassion to everyone in need. Luke 10

We are to offer help, especially to believers. Galatians 6:10

We are to offer hospitality, clothing, shelter and food. Matthew 25:31-46

We are to offer fellowship and peace. Romans 12

Most of all, according to Scripture, we are to love. This doesn’t always mean giving money or food, although we shouldn’t be closed to that. But it does always mean being patient, being kind, not putting ourselves over the other person, but bearing other’s burdens and enduring with them. I Corinthians 13

Bill lived in Vancouver, but worked in Gresham. He had often seen a homeless man walking by his office as he worked on his computer. He recalled that his church in Vancouver wanted to begin a ministry to the homeless, but didn’t know where to begin. Bill decided that he would begin on his own. The next time he saw the man walking down the street, he approached him and engaged him in conversation. James was friendly and though he was different, he was pleasant to talk to. Bill took him out to lunch and began to hear about James’ life and issues.

As the people of Jesus who reached out to the outcast, we are not to stand at a distance from the homeless. We must not separate ourselves from the lowest in society—whoever they are. Can we continue our practice of throwing evangelistic messages and food out our door to the cold and grief-stricken, while we stay warm, comforted and well-fed in our buildings? Some of these outcast we need to embrace as brothers and sisters, and others we need to embrace as the poor who need our help. As the people of the Book which teaches compassion, we must stand with those on the street.

But how are we to do this? Thousands of homeless are just too much for any church to bear, let alone the small percentage of the church that are stirred by the Spirit to assist the homeless. But the Lord has not called us to help the massive crowd, only those we know. To assist the homeless is not a matter of a huge ministry with hundreds of thousands of dollars. Rather it is a one-on-one ministry.

James took Bill to his street church and Bill’s eyes were opened. There were maybe a hundred homeless in Gresham, and many of them were believers who worshipped the Lord in their own worship service. Bill then made a decision—James was a fellow believer and needed his help. He offered James some landscaping work, which James readily accepted. When the freezing winds kicked up one night, Bill drove over to pick up James and a couple of his friends for the night. Bill became James’ good friend. James learned from Bill and from his pastor ways other than violence to deal with his problems. James ended up living with another member of the church, John, and doing labor for Bill, John and the church. He would obtain his room and board from John, and gain a little bit of money on the side from Bill and the church.

A Personal Welcome From the Church

This story should be replicated in every church. If every church in our urban areas had perhaps two people among their congregations who would be a friend and support for a single homeless person, then our whole society would change. The homeless would no longer be outcast, nor strangers in our midst. They would be members of our churches, participants in our society and our friends.

Very few churches have the resources to have a shelter. And it is not necessary for every church to have a food ministry. But there is one need of the homeless that every urban church can help—their isolation. The strength of the church is not our money, nor our political power. Rather, the strength of Christians has always been their love, their sacrifice and their welcome. If we take these strengths and focus them on the homeless, then the American urban landscape will change. The church will have a new people. And Christ will be glorified.