What I Would, That Do I Not 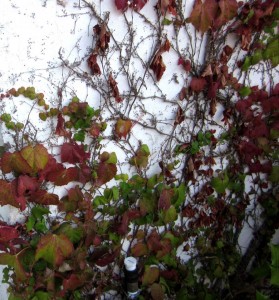 What does it mean to be mentally ill?

We all have mental weaknesses. All of us have areas in our lives in which we are, admittedly, irrational and difficult to deal with. We all, at times, do things that others are uncomfortable with, or possibly even something we know to be dangerous, just because it makes sense to us. Even though it makes sense to no one else.

To be mentally ill by definition, however, is to be given a diagnosis of a common debilitating mental weakness by a professional mental health worker. In the United States, a full 40% of the population have received a diagnosis of mental illness sometime in their lives.

Thinking outside of “normal” rational concepts, causing you not to participate in a normal life.

For a portion of one’s life, it is the inability to make one’s own choices based on what makes the most sense to them.

Sometimes having an inability to understand what people are saying to you and are not able to control your own behavior.

Having others be exasperated with you or treating you like a child.

Often not understanding the motivation for one’s own deeds or speech.

Constantly regretting one’s actions, but not knowing what to do about it.

Blaming others and your environment for your own feelings and difficulties because you don’t know who else to blame.

Assuming what others are thinking, and often misunderstanding other’s motives.

Being mentally ill does not mean:

That a person is irrational, but that their thinking involves a different kind of rationality.

That a person is violent, except in rare cases.

That a person has a lesser intelligence.

That a person cannot function normally in life, although they may need some special assistance or allowances.