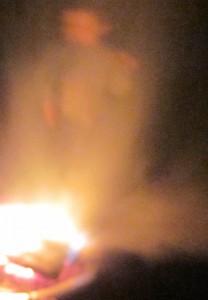 What is mental illness?

For many, it is acting like a child, when one is an adult.

Many mentally ill people act oddly for an adult—but the same behavior in a child would be understood. In many ways, a mentally ill person acts like a child—with tantrums, threats, inappropriate questions or comments, or in just being unaware of other’s needs or concerns.

It is consistently acting inappropriately to common stresses of life

None of us like to suffer or face difficulties, but those who are mentally ill often find themselves responding to the stresses of life in ways society or God finds unacceptable. They might scream at someone for a small infraction, or be self-destructive or hide in their room for days at a time. This doesn’t mean they are dangerous, or even unpredictable—they just are different than most of society. Mentally ill people are rarely violent to other people—as a group, the same percentage is violent as “normal” people.

It is having a chemical imbalance in one’s brain

Most doctors say that those with mental illnesses have a chemical imbalance in their brain, although this imbalance cannot be diagnosed by machinery of humanity. But those who have studied mental illness have seen some patterns of response and diagnose the illnesses these ways. If it is diagnosed, then for some, medication is available to assist those who are suffering. Such medication is not fool-proof and for some it is not the answer at all—but for many it has helped.

It is being open to spiritual attack

Most people with mental illnesses are not possessed by demons. However, because of their weaknesses, demons do like to attack them. Thus, the mentally ill need to be surrounded by prayer, but they should not be objects of derision. When approached by one who is oppressed by demons, then—if the oppressed one is ready to live for Jesus—the demons must be rebuked and sent away.

It is being weak in areas of sin

Like many of us, those with mental illnesses are vulnerable to certain sins. Perhaps their sins are more obvious because they do not have the social ability to hide their lusts and temptations. This just means that they need more gentleness and patience from those who would teach them.

How to respond to mental illness

The members of the church we consider worthy of less honor, we give more honor to, and those who are ugly we make beautiful. I Corinthians 12:23

If you dishonor those who have nothing, then you despise the church of God. I Corinthians 11:22

Did not God choose the needy of this world to be rich in faith? But you have dishonored the needy. James 2:3-4

Whoever causes one of these little ones to fall away will gain a terrible punishment. Mark 9:42

We are all mentally weak in some areas. Some cannot read, but we do not ostracize them. Some cannot speak publicly, but we are understanding of it. Those who are mentally ill are the same way, it is just that their weaknesses are socially unacceptable. Even so, we need to recognize that we could be mentally ill—and that perhaps we are mildly so, but we haven’t been diagnosed yet.

Do not fear, but try to understand

Most people respond to the mentally ill with fear, as if they might be attacked by them any minute. However, if one is understanding and patient, then you are not any more likely to be attacked by a mentally ill person than by anyone else you might meet on the street. Rather than instantly responding with fear, we should make an attempt to understand each person and what makes them tick. Perhaps you will have to stretch yourself to understand the mentally ill, but understanding is the first step to love.

Do not judge, but listen

We should not judge the mentally ill person, but we should listen to them (James 1:19). At first, what they say may not make much sense. But over time you will find that every mentally ill person has a logical consistency of their own. Perhaps you will feel that they are living in a different world than you, but soon you will understand why they act like they do.

Do not reject, but pray for deliverance

Just because someone acts in ways we do not understand, that doesn’t mean that we should reject them. Perhaps someone is overtaken by sin—they do not deserve our hatred or rejection, instead they deserve our prayers because they are oppressed by something stronger than themselves. This is the same for the mentally ill person—they are overtaken by something too powerful for them. In that circumstance, we should pray for their deliverance, and expect God to respond in their lives.

Do not separate, but welcome

Some want to protect their churches or meetings from those with mental illnesses, and so they give the mentally ill “special” groups or “special” homes. But if we want someone to cease from being a gossip, do we house them with a lot of other gossips? Won’t that reinforce the same behavior? Rather, we should welcome the mentally ill into our churches and Bible studies and prayer meetings (James 2:1). Perhaps we will have to spend extra time on the mentally ill, but that is only because they have more needs.

Do not teach “normalcy” but repentance, humility and love

In Christian discipleship, the goal is not to be a “normal citizen”, but a person who is delivered and transformed into one who acts like Jesus. Perhaps that will mean that the mentally ill person will remain mentally ill—but transformed by Christ, nevertheless. The Lord can deliver people from self-destructive behavior and train them to love others, but he may or may not deliver them completely from depression or a social disorder. Our goal, as Christians, is to repent of our sins, to live in humility and to love all people— even so, these should be the goals of the mentally ill Christian.