Myths and Facts about Homelessness: A statistical analysis 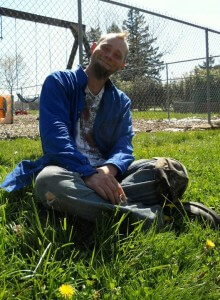 Although a large percent of the U.S. population are homeless every year (about 1 percent of the general population), the pocket of people who become homeless are almost all in the lower or working classes. Thus the majority of the people in the U.S.—those who are middle or upper class—have almost no contact with the homeless.

One of the main ways in which the homeless remain dehumanized is by misunderstanding the homeless and making assumptions as to the causes and implications of homelessness. To humanize the homeless, we first have to understand who, statistically, the homeless really are without our cultural biases.

Myth: The homeless are an insignificant percent of the population of the United States

Approximately ten percent of all the people in the United States are under the poverty line. And a full ten percent of those will spend some time in the next year on the street. This means that approximately one percent of the population of the U.S.—about 3 million people—will be homeless in any given year. This is not insignificant. This is a huge mass of population, an economic failure, and an indication that the U.S. is more concerned with solving the world’s problems than its own.

Myth: Most homeless are vagrants

Seventy five percent of those who become homeless remain in the city in which they became homeless. And a large percentage of these find themselves homeless in the town they were raised in. For the most part, homeless folks move less frequently (by choice) than suburbanites.

Myth: Most homeless remain so for years

More than 70 percent of the homeless remain so for less than two years. For most people, homelessness is a very brief phase in their lives. Only a minority actually remain chronically homeless.

Myth: The homeless are lawbreakers

Myth: Most homeless people are addicts

It is estimated that 25-40 percent of all homeless are addicted to a substance. If we are only including the chronic homeless, that statistic is higher. But even if we are only including that population, we must ask the question of what situation caused which. Was it the addiction that caused homelessness or the homelessness that caused the addiction? It depends on the person. But many people find that once they are off the street (and on anti-depression medication) they no longer find that they need or desire to continue with their addiction.

It is estimated that from 15-25 percent of all homeless are mentally ill, far below “most.” However, since in the general population of the United States up to 40 percent of all people are diagnosed with a mental illness sometime in their lives, it must be seen that there is something amiss with these statistics. From what I have found, the lower statistic for homeless people indicate those who are diagnosed with a mental illness. But since more than half of all homeless people are without any heath care insurance, then most would not have been able to be diagnosed, and even of those who were diagnosed, many of them deny the diagnosis. Thus, we should amend the statistic to say that the amount of homeless that are mentally ill is unknown, but the number might reach as much as half.

Myth: Most homeless people are campers

The majority of people who are homeless live in cars or trucks. Others sleep temporarily in people’s living rooms or garages. Less than 25 percent of those who are homeless camp, although this population is the most persecuted by society.

Homelessness is almost no one’s choice. In one estimate, approximately 6% of the homeless chose that as a lifestyle. But the point of fact is that it is not so much that people choose homelessness, as some refuse the demands made upon them to maintain a house or apartment. To live in a house or an apartment requires on to work for 40 or more hours a week at minimum wage, just to pay for housing, food and utilities. Those who are excellent at keeping a budget might be able to also afford a car. But most of those on the street suffer from some kind of limitation on their ability to do that kind of labor. It could be mental illness or addiction, or it could be a social limitation, or it could be an inherent refusal to do that much work for so little gained.

Most people who become homeless are willing to do whatever they can to return back into the standard economic requirements of our society. It is the chronic homeless who have difficulties entering back into that work force.

Homeless people typically work harder for the little they receive than we do for any equal economic benefit. For a single meal, they may walk miles. For five dollars a day they will walk a five mile route, climb in dumpsters along the way, collect the recyclables, walk them another mile to the nearest store and place each container in the machine for which they receive pennies per item. Other homeless hold signs at a busy intersection or freeway onramp, receiving as many insults as they do donations. Although estimates greatly vary, most homeless folks have at least part time work. Most homeless are looking for steady work, but find that it is difficult to come by for one who does not have an address or a daily shower.

Myth: There are ample services for the homeless

It depends on the city as to what services are available. In my local city, the Portland OR area, there are many meals, but only enough shelters, either at night or during the day, for but a small percentage of the homeless population. And there is not a single city in the United States that has sufficient facilities for emergency shelter for their homeless populations. Part of what services are available depend upon one’s goals. If one is only seeking to give homeless the least amount of nutrition to survive, then perhaps there are enough services. But if one is hoping to see the homeless get past their social difficulties and become an economically viable member of society, the United States doesn’t even have a fraction of the resources to meet the needs of the homeless.

Myth: The homeless need to help themselves

Every homeless person on the street have tried to help themselves and found it to be very difficult. 40 percent of people who have experienced homelessness get off the street in less than six months. The rest of people who find themselves homeless for years tried to get off the street, but found it impossible. The chronic homeless are those who have tried and have given up. It is now up to someone else who can assist the homeless to step in and to give them a step up.