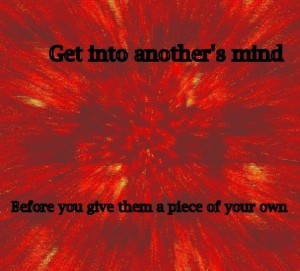 Almost every person who is homeless goes through a process of dehumanization. Here are some of the ways homeless people are dehumanized in many cities in the U.S.

This segregation continues as the homeless are assumed to be a “class apart.” This assumption soon becomes truth as those on the street, getting their clothes and food from the same places, often begin to look like each other. For many people, although there is a homeless “look” about them, many never make connections with others on the street. Although there are some homeless communities, for the most part each person on the street is separated from everyone else, alone and lonely.

The majority culture fear the homeless because of their differences. First of all, almost all of the homeless come from the lower classes, which have different cultural standards and mores than the middle class—the ruling culture. Also, since most people don’t understand how people become homeless or why some remain on the street, there is a distinct otherness about the homeless. A lack of understanding of a social group almost always creates social fear and disgust of the other group.

Illegal to be Poor

They are automatically criminals in most towns and cities in the U.S. which have anti-camping ordinances. Although homelessness is almost always an unwanted tragedy by those who experience it, most cities and towns, by having this ordinance, makes it illegal to have this tragedy occur to one. There are certain types of poverty which will cause one to be treated as a criminal, of which homelessness is one.

Because it is illegal to be without a house, the police feel the social obligation to treat the homeless as criminals. It is assumed, wrongly, that the homeless, especially the chronic homeless, are hotbeds of criminal activity, and so every homeless person is checked by local police. Because they are assumed to be criminals, it is made clear to them that police service is not for them because they are not really a part of the community. Thus they are denied community security.

At times the homeless, because they are already labeled as criminals, feel that they have the right to act as low-level criminals. They might drink in public, jaywalk, participate in low-level drug trade or steal items from stores to sell.

Also, because of the assumption of wrongdoing, the police at rare times, especially in certain communities, feel it necessary to be brutal. The homeless are excluded from public areas where they did no criminal activity, verbally abused by the police, beat up by the police and attacked by police dogs. While these instances are relatively rare compared to the number of times the homeless are stopped by the police, these incidents cause each encounter between a homeless person and a police officer to be tinged with fear.

Because it is assumed by the majority culture that all homeless are criminals, low-lifes and screwups, almost every homeless person comes into the homeless community assuming that of their fellows. They will assume that every homeless person is a thief, drug user, alcoholic and lazy until they are proven otherwise. Thus, even when one interviews the homeless about their street community, they will degrade them all, except for the few that they personally know.

Refused a Place to Sleep

The homeless, because they have broken a camping ordinance (because they have no way of obtaining an apartment), they are denied the right to sleep on public property or (in some cities) on private property, even if they have permission. This means that they are often awakened in the middle of the night, rousted out of bed and told to move all of their possessions out of whatever space they are in within a given period of time, often an hour. Depending on where the homeless person is, this may happen as little as every two years, or as frequently as once a week.

Because they are camping illegally, the property of the homeless is also at risk to be stolen or damaged by public servants. Police officers, park workers, other government crews and also other homeless tear up tents, steal sleeping bags, throw away clothes, steal money and take and sell precious metals.

In some cities, it is illegal to serve the homeless a free meal. The fines are steep to those churches or organizations who take the moral high ground and serve the homeless despite the ban. Even in cities in which meals are available, most homeless only eat one meal a day, because of the difficulty of getting across town from one meal to another, and to prevent themselves from having to stand in long lines more than once a day.

Because the homeless are assumed to have a higher level of drug use, they are, as a group, denied access to bathrooms. Most homeless train themselves to need to go to the bathroom once or twice a day.

Almost all emergency rooms are required by law to meet the desperate needs of those who come for treatment, especially life-threatening emergencies. However, many doctors and nurses, when they see a patient has been treated for drug-related issues or when they see a patient is homeless, they will do the least amount of work possible and send the patient away as quickly as possible. Some emergency rooms only see a homeless patient after all the other patients have gone home.

Even if a hospital provides adequate medical care, if a homeless person’s care is severe, the hospital will send the patient “home” to a shelter or to the street, with inadequate healing time, thus causing secondary infections, a recurrence of the condition and sometimes even death.

Many communities deny that there are any homeless among them at all. If a group tries to assist the homeless in a community, the mayor or police chief may deny that any homeless exist in their community, despite them sending police officers to roust the homeless out of their camps. Bill O’Reily infamously denied the existence of homeless veterans, despite some living only blocks away from his studio.

Any homeless person trying to catch up on their lack of sleep the night before or asking for money for food will at times be maligned and abused by some. They are abused by those who feel that the very act of being asked for assistance is an affront to them and also, at times, by police officers. They are sometimes just told to “get a job”, but often they are invited to participate in more colorful activity.

The homeless are under constant danger of attack. The police are not with them, but against them. A routine police sweep, to “move the homeless on,” might turn violent where the homeless person might be electrocuted with a tazer, attacked by a dog, or just beat up. Some young people, feeling their community’s wrath against the homeless, feel that they have the right to beat up homeless people, burn them or even murder them.

These are the conditions the Jews and Gypsies had to live under before the holocaust really got underway. The Tutsis in the early stages of the Rwandan holocaust faced some of these conditions, such as being forced to move out of their homes, living under fear of attack and being declared illegal as a group. Those who are tortured for terrorist activity face many of the same problems—lack of sleep, lack of food, inadequate health care, fear of attack at any time of the day or night. Many groups’ existence have been denied to deny them adequate protection when a genocide occurs.

What have the homeless done to warrant such ill treatment? None of the stereotypes of the homeless hold up under scrutiny (see “Myths of the Homeless”). Are the homeless maligned, mistreated and refused protection to communicate to them that they are not wanted? That communication has been clearly received.

But I also wonder, given the pattern of dehumanization before any genocide, should the U.S. become more of a society of fear than it already is, how long will it be until the homeless are locked in camps and allowed to die of the sickness that comes of having inadequate food and bathroom facilities? What is the next stage in the dehumanization of the homeless?

The only way the state of the homeless will get better is if we all become concerned. And being concerned can only come about when we know those who are suffering.