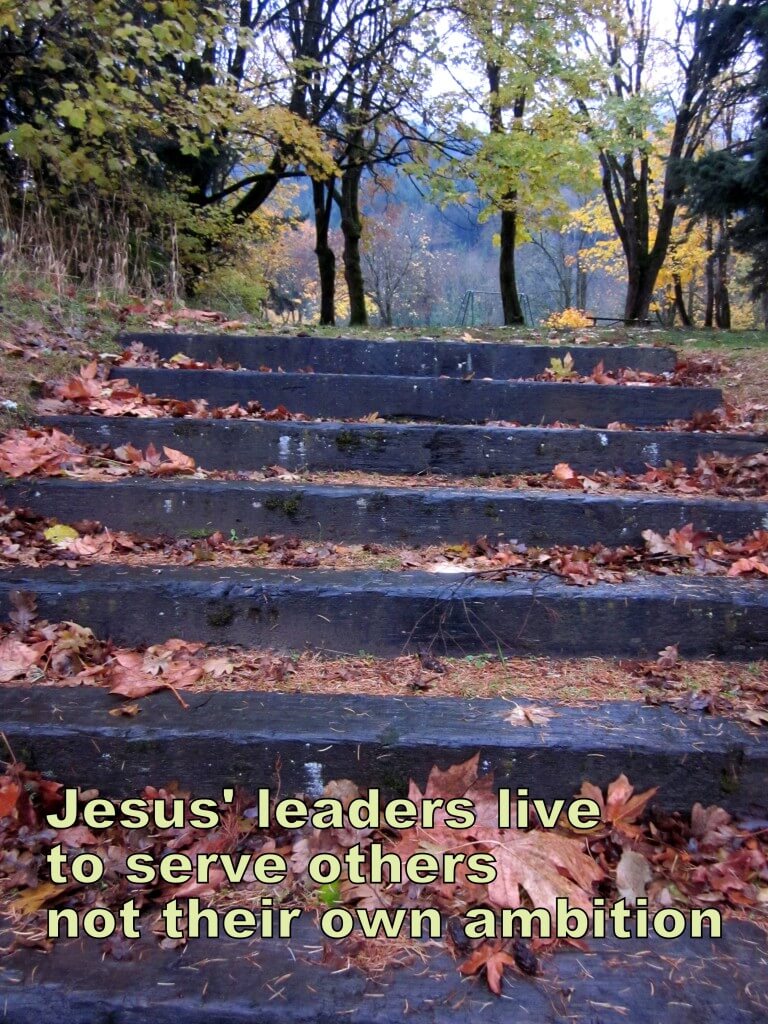 The disciples had an argument, there at the Last Supper. They were debating which of them would be the most important ruler beside Jesus when His kingdom comes. Jesus calmly said to them, “It is presidents and kings of the world that are concerned about authority and power. These wield great authority over all men and everyone must call them ‘gracious’, as in ‘gracious lord,’ or “Wow, you are the greatest thing since Oprah”.

“But if you want rule in my kingdom, you can’t act like that. The ones who will have the greatest authority in my kingdom must prepare themselves for it by acting like the least important. If you want to be important, then be like a waiter. In a restaurant, who is in charge, the waiter or the customer? Isn’t the customer who orders the waiter around, telling him what to get and how much and sending something back because it isn’t quite right? And doesn’t the waiter have to run around, doing the bidding of the customer? Now look at me—I am the waiter. I am here to serve others, not to tell others how to serve me.

“Look, guys, you are great already. You have stayed with me during my most difficult days, though all the struggles and trials. Because of this, you will rule with me because the Father has given me His kingdom to rule. So you will be feasting at my side—even as we are feasting here!—in my kingdom. And then I will give you authority to rule all of God’s people. Each of you will sit on a throne, and you will rule the twelve nations of Israel.